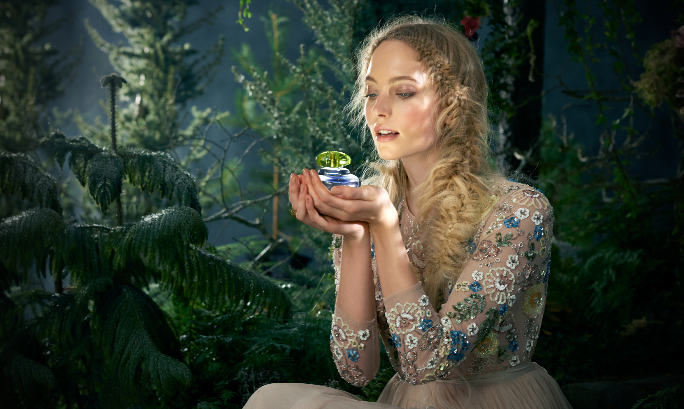 Why did you place the midnight rose at the heart of Elvie Firefly?
Elvie Firefly is a warm, mysterious night time fragrance, that’s based on the Midnight Rose, because it’s a flower that only blossoms at night. We loved the idea of a flower coming to life after the sun sets and wanted to capture that mystery and magic and bottle it: that’s where it all began. Like the Midnight Rose, Elvie Firefly is bold, yet incredibly feminine – you might say it’s bewitching! We were inspired by Swedish folklore, and wanted to capture the enchantment of a Swedish forest, where elves live, that bore a flower that only came to life at night.

What other notes will we recognise in this scent?
It’s a floral, woody, fruity fragrance and is composed of a long list of ingredients, but the three that stand out are the Midnight Rose, which we spoke about earlier, Cedarwood, which adds an earthy and woody quality to the scent, and finally Marine Accord.

Elvie Firefly is inspired by a fantasy world; why did you draw on this for inspiration?
The first Elvie fragrance was launched in 2004, so it’s a concept we’ve been working with for a while. Elvie was inspired by the imaginary world of traditional Swedish children stories, where elves roam enchanted forests. Every new fragrance launched under the Elvie brand draws on this fantasy world and develops it further – it’s all about elves, spells and imagination; Elvie Firefly captures the mystery of the night.

You’re originally from Greece, a country that has a rich mythological tradition; did you reference your Greek heritage at all?
I grew up learning about the gods and heroes of Ancient Greece, and have always been fascinated by them, but for Elvie Firefly I looked to Nordic mythology for inspiration. Instead of Greek goddesses, this fragrance is about the supernatural beauty and magical powers of the elves found in the woods and lakes of Sweden.

Do you believe in magic?
Absolutely yes! 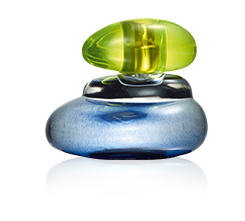 1. When applying, only ever spray twice (three times at most)!

3. Keep perfume in a cool, dry place away from the sun

My Life, My Style

Watch now
My Life, My Style

Read now
My Life, My Style

A Feminine Touch in Men's Fragrance